We are pleased to announce a new version of Bloomreach Experience Manager (brXM). This minor release introduces new functionality and a number of useful improvements to the product. In this document we will give a brief overview of the highlights in this release. You can also find these release notes at: https://documentation.bloomreach.com/about/release-notes/release-notes-overview.html

Please note that as a result of our security release policy the public availability of the community source code and artifacts for all active releases will follow in about six weeks. Customers however, have immediate access to these new releases at the release date.

Bloomreach Experience Manager has supported integrations with Single Page Applications and other decoupled front-end applications since version 12, and has continued to invest and improve upon this functionality in recent releases. With v14.2, we are adding another significant improvement in this area: native support for configuring an externally hosted preview, removing the need for a reverse proxy or the URL Rewriter. Highlights of this improvement are as follows:

With v14.0, we launched a completely revamped JavaScript SDK, as well as a new React SDK built on top of this new SDK foundation. Together with brXM v14.2, we are adding an Angular SDK and a Vue.js SDK to this offering. The Angular SDK will be launched together with brXM v14.2, documentation can be found at [3]. The Vue.js SDK is expected to be released within a few weeks of the v14.2 release, documentation will be published on NPM.js similar to our other SDKs.

This new feature improves our component management in the XM Channel Manager. It specifically gives users the option to drop components in a specific position in the Channel Manager, instead of always at the end of a container. Especially for pages that use a single container on a page, having to drop the component at the bottom and then drag it into place led to a poor user experience. Now with brXM v14.2, when adding a component, the Channel Manager overlay presents the user with visual cues on how a component can be placed above or below an existing component. This can be seen in the following screenshots: 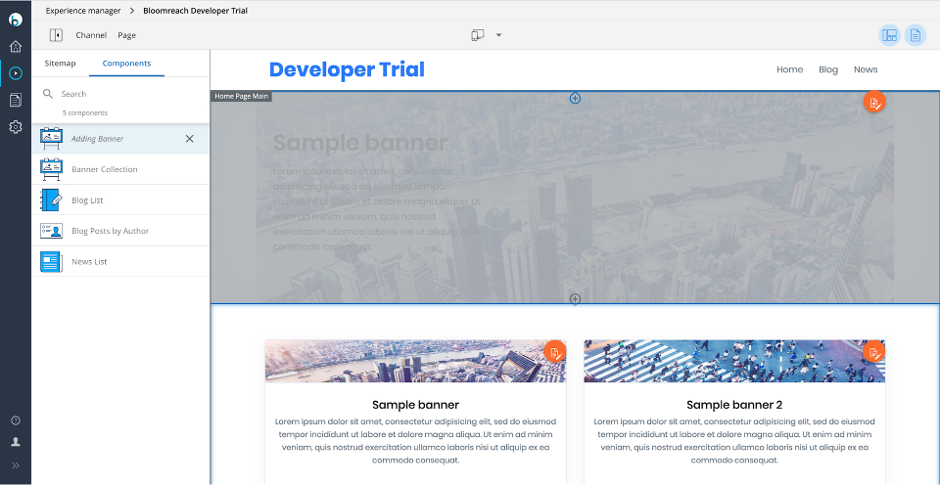 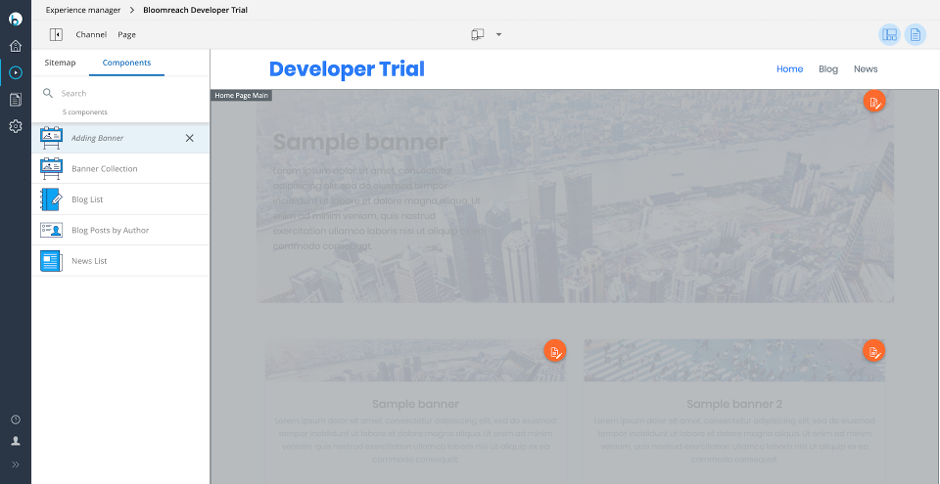 The following additional functionality has been added to the Open UI feature:

After setting the initial tag for the v14.2 release, we discovered a few additional issues. Instead of releasing a maintenance release at a later date, we decided to include the fixes in the new release immediately. The result of this decision is that v14.2 will be released with a 14.2.1 version number.

Maintenance of minors on latest majors

There are no changes to the supported stack with this release.

As the terms ‘end-of-life’, ‘supported’, ‘maintained’ are used in various ways in our industry, we clarify the nomenclature we use for this below.

Please note that if a bug is acknowledged in a supported, but not-maintained version, and a fix is needed, this fix will only be applied in the maintained product versions. This means the customer will need to move to a maintained version to receive the fix.

If a product is non-maintained, this means that the code is not maintained anymore and therefore might contain bugs and/or security vulnerabilities due to newly discovered issues in our code, or the libraries used.

Products that are not maintained and not supported are end-of-life. These might be available from our archives but could be removed without notice.

What does this mean for the current release?

Please note that this release does not change any maintenance or support mode.

In the table below you can find the support status of your product and when support will end; this is dependent on  the version currently being used and license level. Please note that versions that are not listed are not active and not supported, and therefore end-of-life.

Several security fixes have been implemented in brXM v14.2. Per our release policy, these will be disclosed to customers first, and shared publicly approximately six weeks later.

This version of brXM is available as of May 22nd, 2020 onwards. Please note that due to our release policy the release of the open source CMS / developer release will follow in approximately six weeks after this date.