Testers use test content to test the releases of a Bloomreach Experience Manager application. This article describes the different approaches to creating and storing test content in a test environment.

Another approach is to make a test database with a good coverage of document types and content. This give full control over the tests and gives reliable results. The testers update the test database after a new release is deployed. This approach is useful for the maintenance of existing projects. The advantage of this approach is that updates and upgrades of Bloomreach Experience Manager releases can be tested.

At the start of each sprint or test cycle a backup of the test database is made. Each deployment during that sprint uses a copy of that database backup. After the sprint a new backup is made of the database.

This approach is important for testing update and upgrade scenarios because it mitigates the risks associated with so-called incremental releases. What are these risks ? 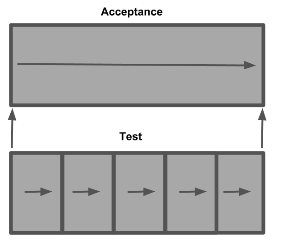 This process of incremental releases is useful for developers and testers to iterate fast during a sprint. But the development team can lose track of the exact configuration changes that were introduced during a sprint. This is especially true if several sprints only used the test environment before a deployment is done in the acceptance environment. It is difficult to spot dependencies between the successive releases. When the acceptance environment receives a new release which spans several intermediate or incremental releases, the deployment can have unexpected results. 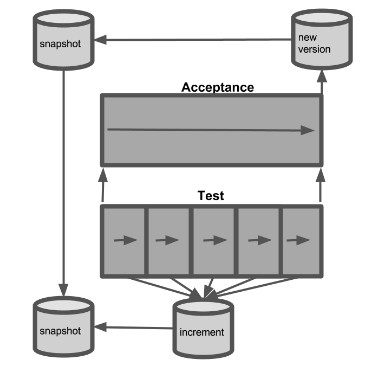 What if a test environment contains valuable data?

With the approaches explained in this chapter content introduced by users or testers will be overwritten after the deployment. The test database or bootstrap content overwrites the content.

How to handle this ?

It is recommendable to use test and acceptance environments only for testing of deployments. If possible create a new, stable environment for training or demonstration or other purposes.