See also documentation on about deploying content and configuration updates

The development of new types of content and website component are developed in a staged environment, which is isolated from the production environment. This is often called a DTAP environment, where D stands for development, T for testing, A for acceptance and P for production. The code of the new release flows in the direction of DTAP. This is called the code flow.

In summary this table shows what directions code, content and configuration can flow through the DTAP environments.

For more technical information about update content and configuration:

During this cycle a channel freeze is needed in order avoid that the configuration is lost during the deployment. The advantage of this strategy is that it is very secure and controllable because all configuration changes are contained within the release. However there are some serious disadvantages to this approach. A major drawback is that you cannot allow users to make changes in the channel manager in a test environment during the time in which the latest changes are transported to the staged environments or DTAP. This means that you have to arrange a channel freeze, a period of time in which end users cannot make changes in channel manager. This approach is suitable for situations where editors and testers do not use the channel manager and do not apply changes to the configuration. The developers are in complete control of the release. 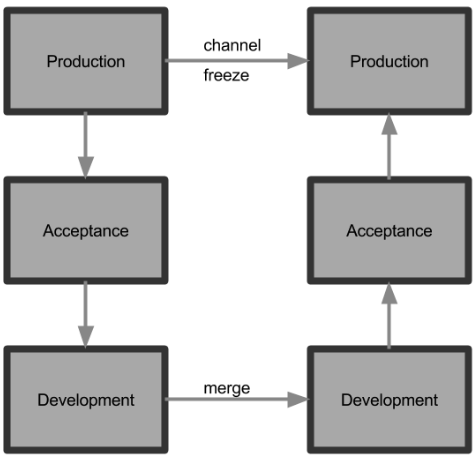 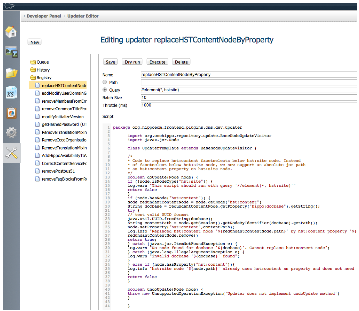 This approach gives more flexibility and allows users to use the channel manager and template editor until the release. A disadvantage is that the application in the target environment must be tested very thoroughly. Also the editors are not allowed to make changes during the release (channel freeze). Technical details about upgrading HST configuration are described in this article.

How to bootstrap groovy runners during deployment

There are three ways to bootstrap Groovy runners during deployments:

However this approach is error-prone by nature so in general it is better to minimize the number of manual steps and do as much as possible with Groovy updaters. 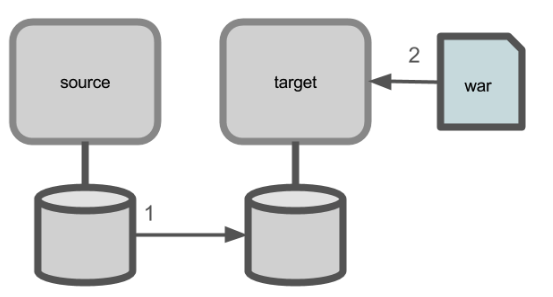