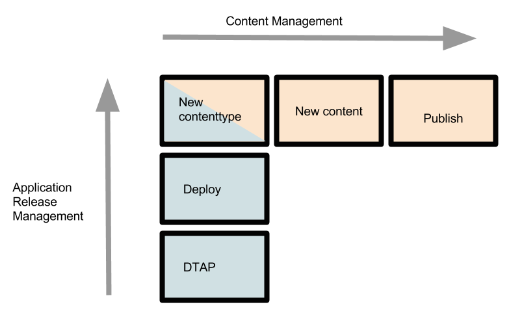 Why only acceptance and production ? 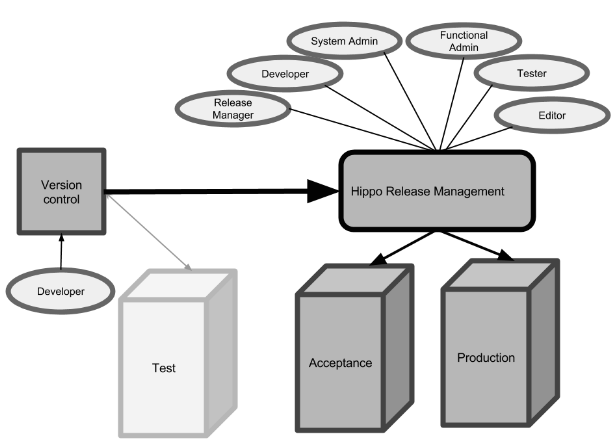 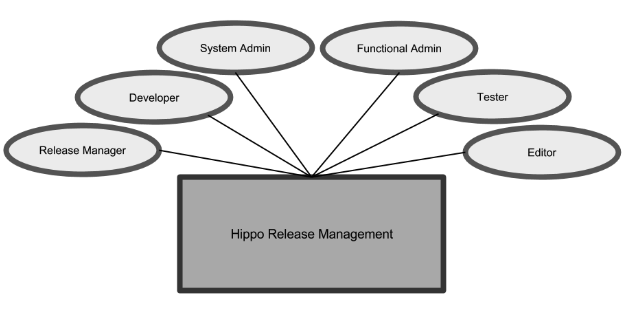 A developer makes the deployment notes with instructions and the Groovy updater scripts. After the deployment, the developer executes manual configuration steps in the CMS console. The developer is stand-by and assists if difficulties arise during deployment.

An editor works in the production environment and uses the CMS for editing, creating and publishing content. The editor uses the channel manager for creating new pages or publishing channels. An editor can be involved in the intake of an release and helps the testers with acceptance testing.

The next section explains the process of Hippo CMS application release: